A year after I wrote the last post on adders, I was out looking at their overwinter spot again. Contrary to the case in the US, the winter here has been very mild, with many adders surviving the winter. 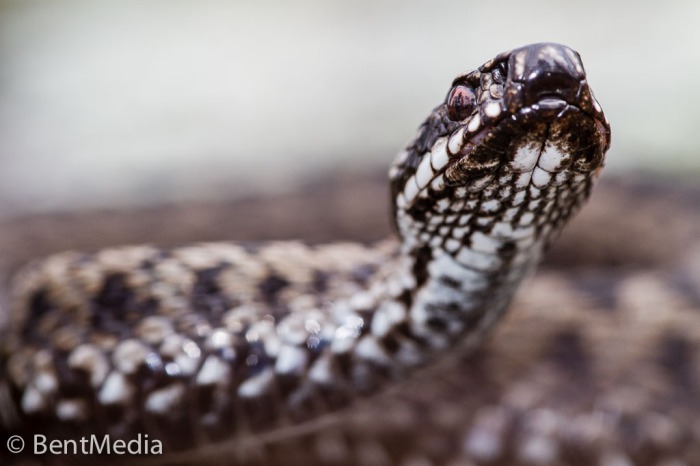 The males are now out, waiting for the females to emerge, in hope of mating opportunities. The males are pretty agitated and probably all fueled up to take on other males in the fight for mates, so they are quite interesting to approach. 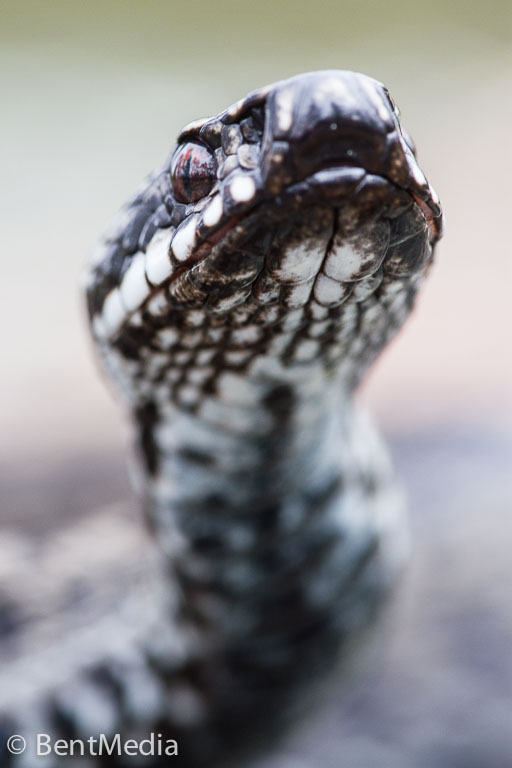 Even if the temperatures are barely above freezing, the few sun rays that get through heat the males enough for them to do quite a display if one comes to close. Hissing, “cobraing” up and even attempting to strike is the main greeting one gets.

Maybe the females will show up soon, and hopefully they will be a bit more friendly! At least, they can not be more annoyed than the males. Then again, in a few weeks they will all have spread into the surrounding forests and will be very hard to find. So, I guess, rather an angry, hissing, unfriendly male than no adders at all! 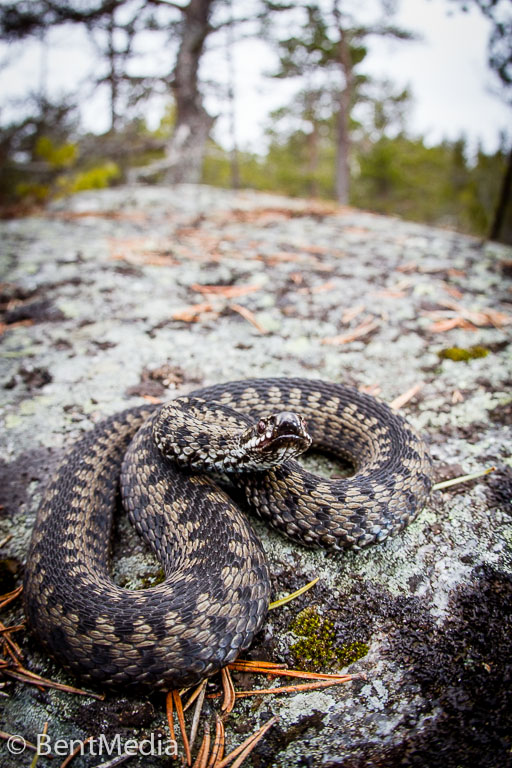 Field trip with biology students to Sabah, Borneo. The pictures were taken mainly in Danum Valley, while the monkeys are from Labuk bay. And, yes, the guy with the grey hair is Sir David Attenborough, making his umpteenth nature film.

A short visit to NAD Lembeh in February. The great guides makes even a short stay worthwhile.

I live quite close to the arctic circle. That means that summers around here are very sunny, and even at times quite warm. However, most of the year is cold to very cold. As an example, there will still be serious amounts of snow even entering May, indicating that most of the year up here is really on the chilly side. As the snow comes Novemeberish, we have around 6 months of snow cover in the area.

So how about reptiles? We actually have three species of reptiles, and one of them, the European adder, is quite common in this area. As anyone even remotely familiar with the requirements of reptiles know, six months of snow cover is not really the kind of habitat one would expect to find snakes in. On the other hand, this environment actually ensures that it is very easy to observe adders in.

Adders need to find above zero degrees winter hibernating places. Such places are often large rocky escarpments with crevices deep down in the ground. Down in the crevices the snakes from quite a large area gather and over winter in safety. During early spring, when the snow starts melting, the over wintering spots often are the first to become snow free, enabling the adders to get some early spring sun and get their systems running again. Due to slower melting speeds around the over wintering spots, and the risk of zub-zero night temperatures, the snakes are confined to stay close to the crevices where they spend their winter, and are thus easily found and observed. These pictures are from last weeks early snake expedition, where a single adder defied 4 degrees C and a chilly wind. It even got to be warm enough to be pretty aggressive and angry, which is quite a feat at that temperature. The next warm spell will probably find more snakes up, leaving them stranded in a slowly melting sea of snow. When the snow finally disappears, the adders will disperse in the forest, using the four months or so that are reasonably warm for a snake around here to eat and get fat enough to reproduce and also survive the coming winter. Reptile wise the life of my neighbouring adders will be as much on the edge as any reptile ever can achieve.

During a recent trip to Borneo, I participated in an inventory of frogs in rainforest streams. When searching for frogs along streams of Borneo, usually something really interesting shows up on the banks of the stream. This time we found something even more interesting than usual, a thing  I have never seen before despite numerous visits to this area. 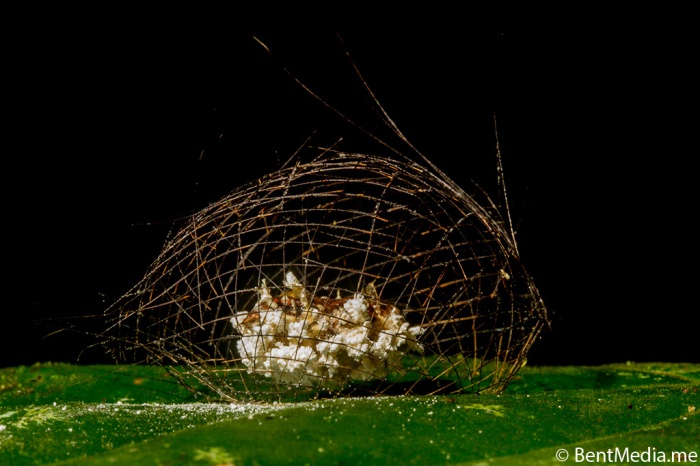 It was a white, quite unstructured “thing”, suspended in silk threads inside a cage like structure. None of the participants in the inventory, including several field assitants that had worked in this part of Borneo for many years had ever seen anything like this. I had no idea what it could be and posted the picture on several web sites, hoping that someone would recognise the structure.

The power of internet is amazing. In just a day several of my colleagues had solved the problem. It turns out that this is the pupa of a certain butterfly. The butterfly is very hairy as a caterpillar.

Apparently, the caterpillar use its hairs to create the cage in which the butterfly hangs suspended during its pupa stage. One can only guess why this intricate behaviour has evolved, but a fair guess is that it in some way protects the pupa from predators or parasites.